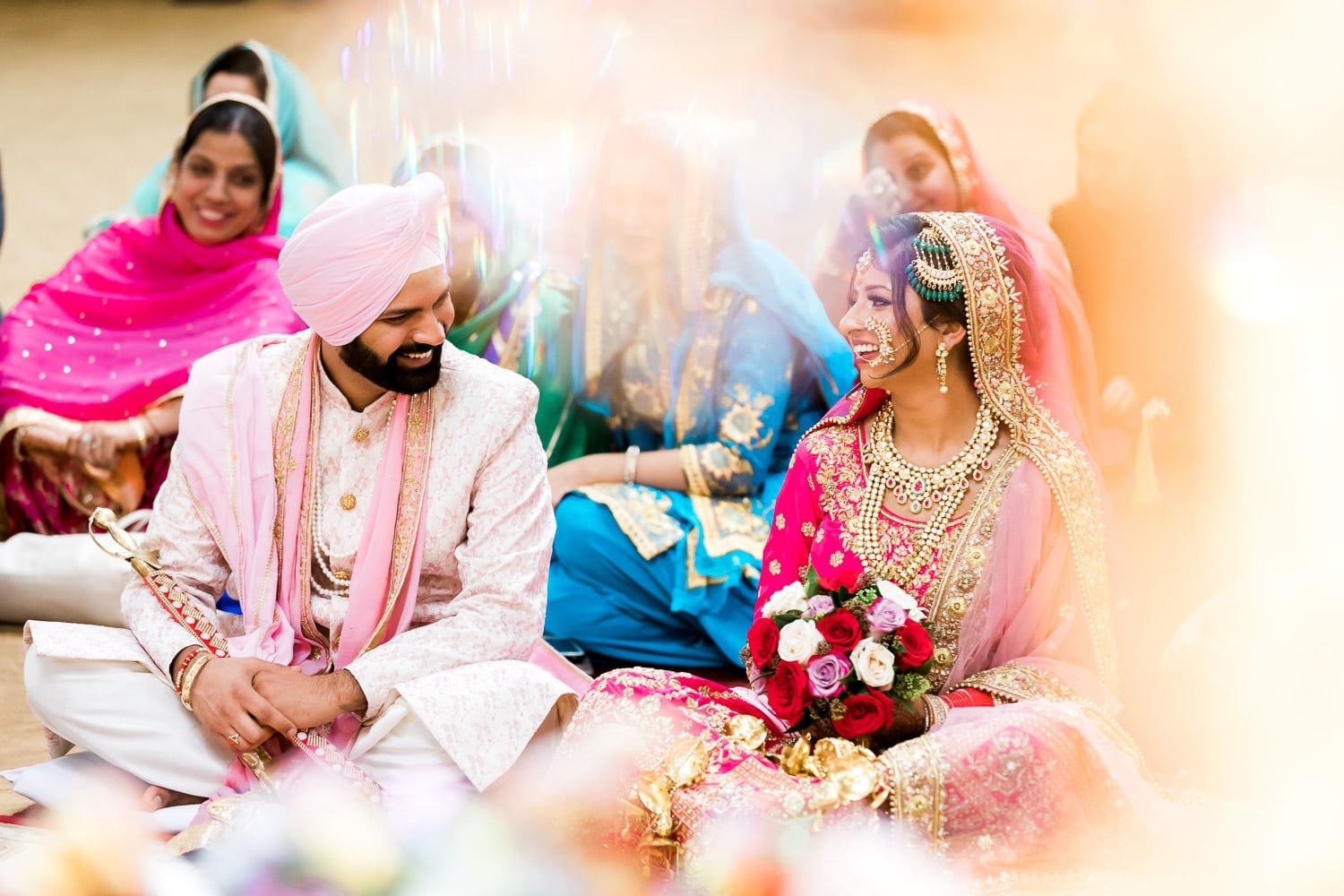 Indian weddings day usually starts very yearly, with photographers and videographers arriving at the couple’s house around 7 am. Everybody int he bride’s house wakes up even earlier to start with all the preparations. Karen was almost ready when I arrived and we started with some pictures outside her house. We moved inside the house for family pictures and blessings when other family members started arriving. The family did the ritual blessings and after a few pictures were taken, everybody headed towards Gurdwara Nanak Niwas.

My second photographer and assistant captured preparations of Aditya, her future husband. We arrived at the India cultural center shortly after 10 am, just in time for spectacular drummer performance. As you can see from the pictures, there was something about him that ignited the whole family. I could not understand the stories he was telling but, I could tell they were heartwarming and entertaining.

I’ve photographed Indian weddings many times. Every time I capture new details. Every family’s traditions are unique. We went to Minoru Park in Richmond for their pictures, after the official ceremony was over. I created a separate blog post for this session here.

A Doli and Pani Varna

A Doli and Pani Varna were filled with emotions, laughter, and games. The wedding day for me finished close to 9 pm but the celebrations continued! They continued at the groom’s house after Pani Varna. Congratulations Karen and Aditya, it was a pleasure for me to be with you on your day!

This site uses Akismet to reduce spam. Learn how your comment data is processed.